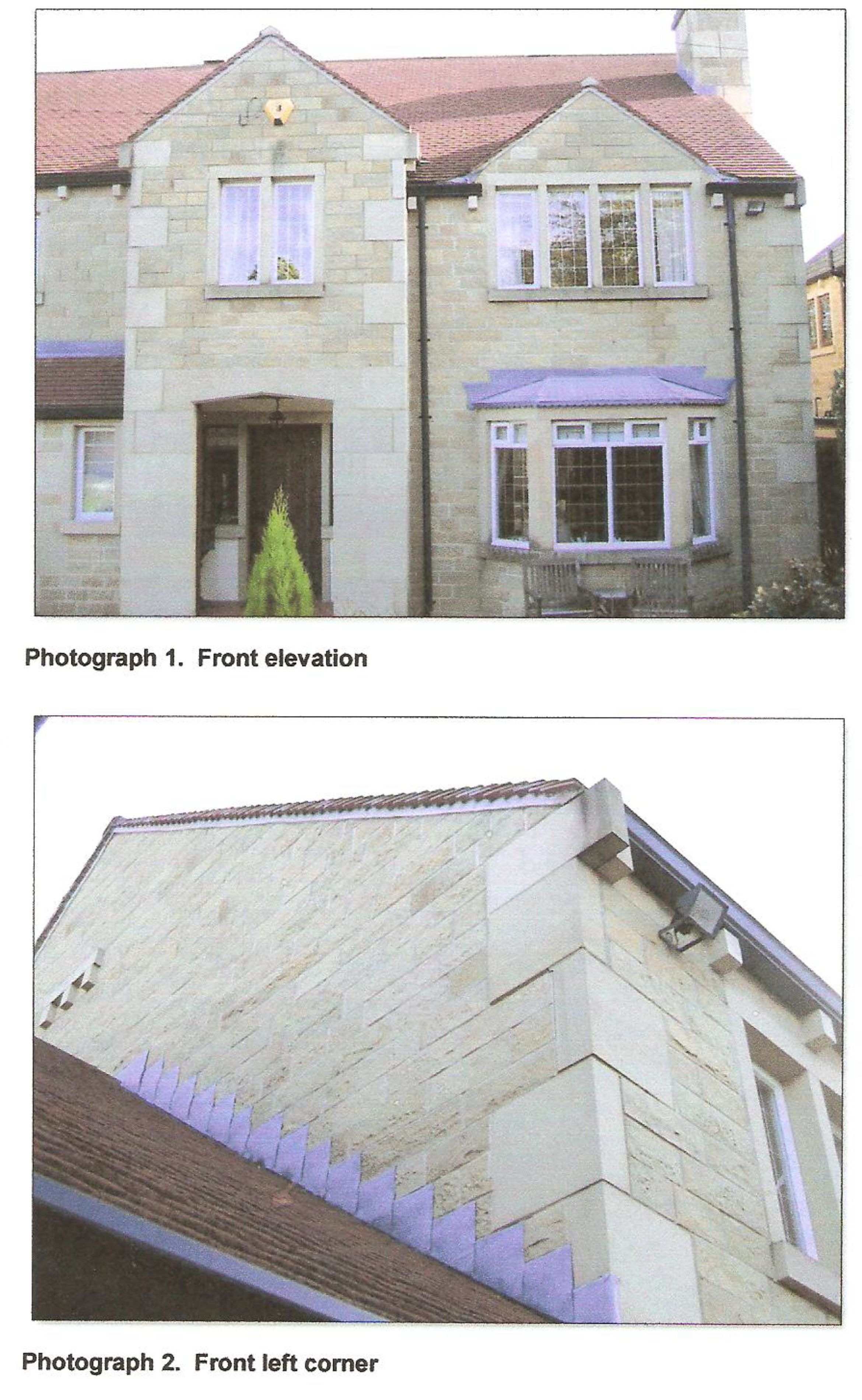 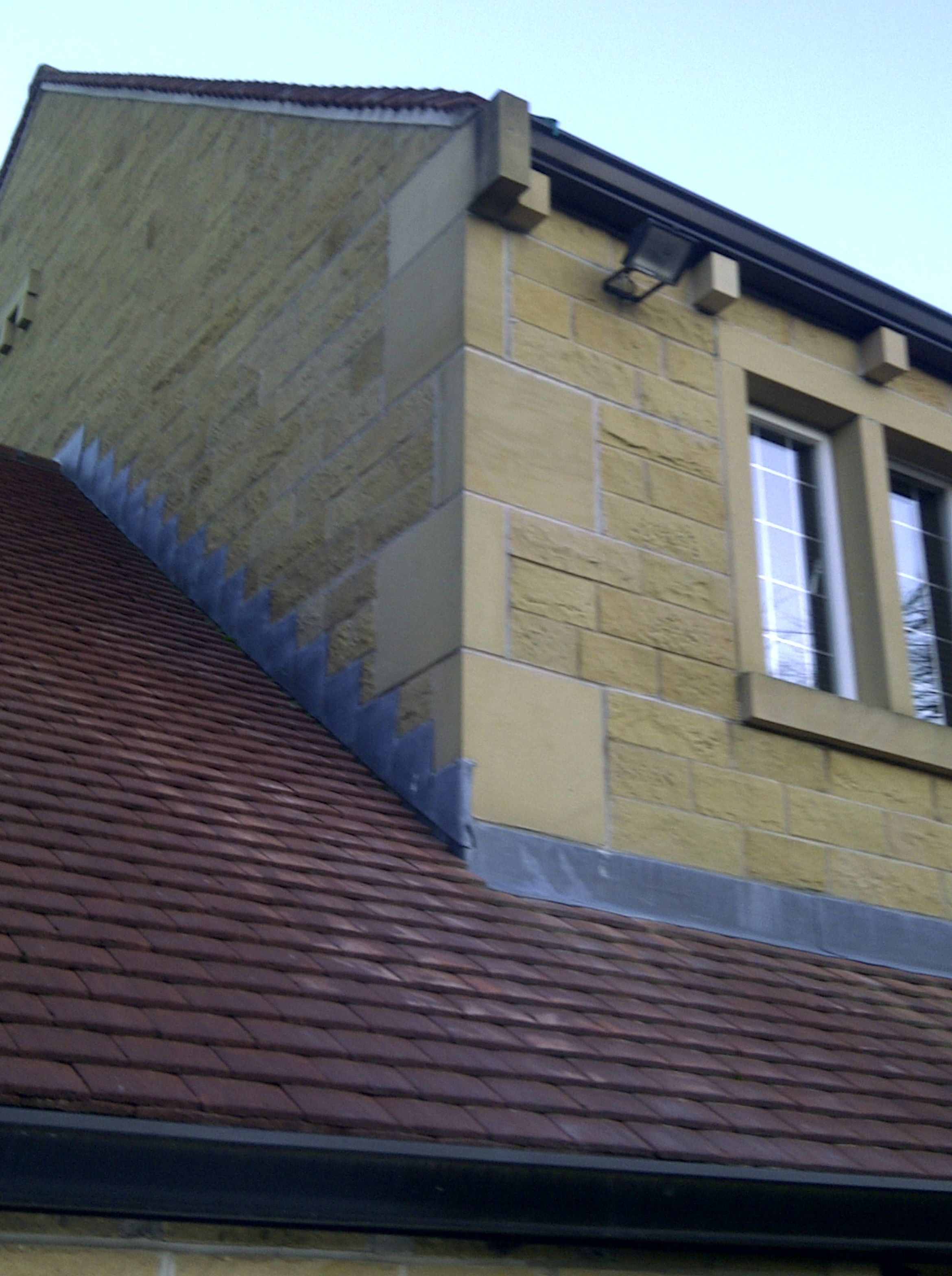 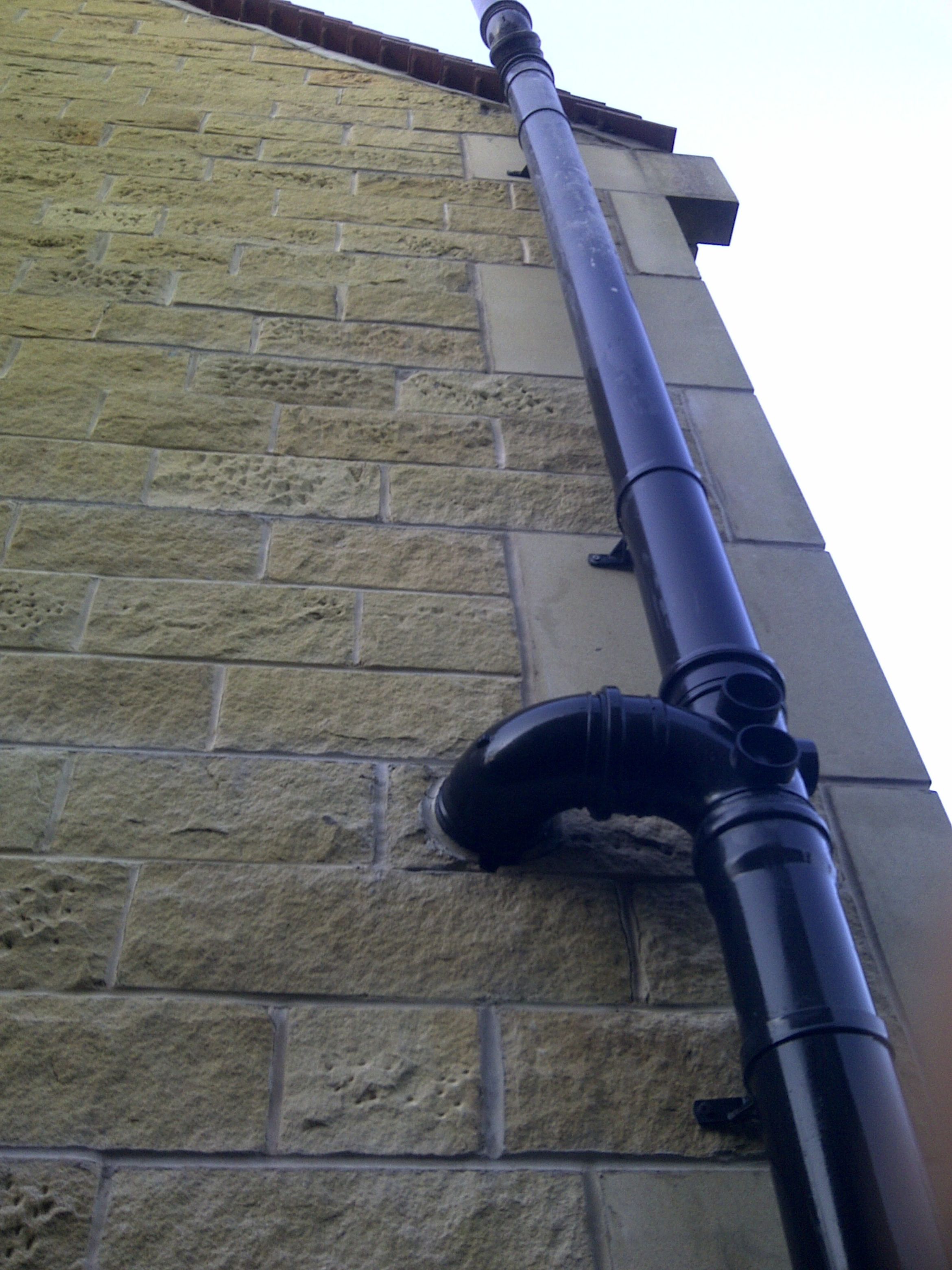 Structural repairs were carried on a large stone house in Holmfirth, West Yorkshire to reinforce the mortar beds of corner stone quoins.­ A local structural engineer had concluded that the quoins had rotated and caused the mortar joints to crack.  The engineer subsequently appointed Twistfix Registered Contractor Baxters Builders to carry out the repairs

When our registered contractors attended they could see no evidence of vertical movement of the quoins but there was definitely movement in a horizontal direction. With no expansion joints in the building it was likely that the movement was caused by expansion of the right hand side gable masonry.

As the quoin stones are much larger than the Yorshire stone units used in the main wall they were not tied to the inner leaf masonry which in effect left them free to rotate and thus the perpend joints opened allowing water to enter the cracked joint. It is likely that the winter tempe­ratures may have led to a freeze/ thaw cycle within the open joint to cause further damage.

It was important that the quoins were re-set in line with the wall and filled so that they could no longer rotate. These quoins were a prominent feature of the house and it was decided that stone remedial wall ties would be used to lock the quoins in place.

Helical bars provided added structural rein­for­cement.­  They were fixed in the bed joints of each quoin stone using WHO 60 masonry repair grout and the encased crack stitching bars extended 500mm beyond each quoin stone in both directions.

Baxters Builders ensured that the face of the repairs was finished to closely match the existing Yorksire stone wall.

Twistfix has a full range of wall ties and helical bars which are suitable for a number of applications for brick, block or stone walls such as this structural repairs project on the edge of the Peak District in Yorkshire. It is important that when joints crack the problems are assessed and that remedial work is carried out sooner rather than later to keep costs to a minimum.­  If left then dampness can get in and the structure can deteriorate.